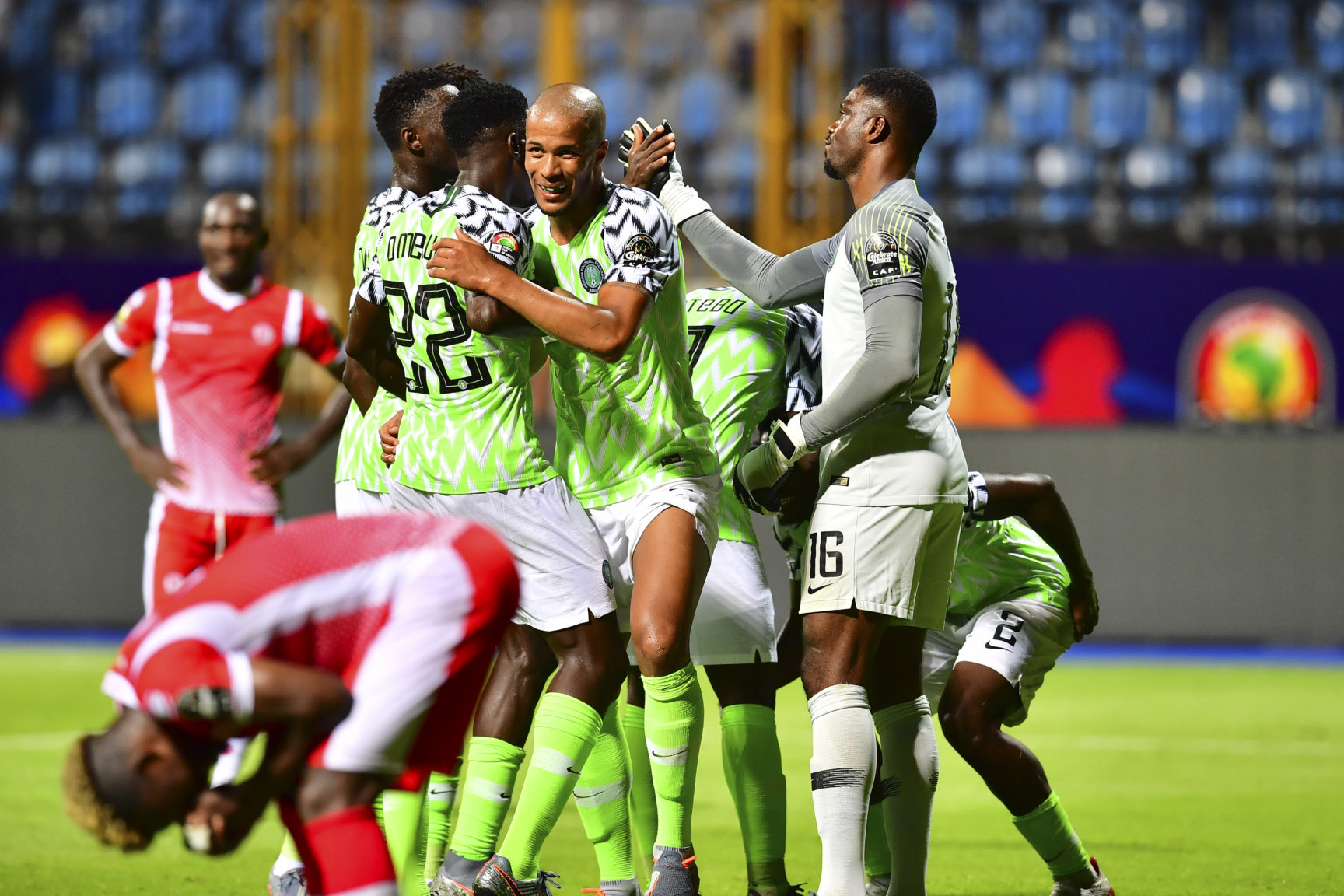 Nigeria’s players celebrate their victory during the 2019 Africa Cup of Nations (CAN) football match between Nigeria and Burundi at Alexandria Stadium on June 22, 2019. PHOTO: Giuseppe CACACE / AFP

Odion Ighalo produced an outstanding performance to put the Super Eagles atop the Group B and on a path of qualification to the second round.

Gernot Rohr’s men struck in the second half to defeat Burundi 1-0 at the Alexandria Stadium.

Here are the five things we learned from the game.

Ighalo saves the day
Another day to prove to his critics wrong. Ighalo, the game changer, scored a brilliant goal less than five minutes after he was introduced into the game.

Ighalo’s goal was as exquisite as it was a sheer delight, a beautiful moment. His odds on to start the match and perhaps get a goal in the second game against Guinea that could confirm the Super Eagles qualification has improved.

Ola Aina stars at left back
Despite playing out of his natural position, the 22-year-old Torino player got all the stars for his superb defensive and offensive positions throughout the match. Aina supplies a no-look back-heel pass to give Ighalo a clear chance to put Nigeria in atop Group B. For me, he deserves the Man of Match.

Wrong midfield orientation
Playing Mikel Obi in the hole reduced his contributions in the game and further curtailed the fluidity of the midfielders and the final third.